Downtown restaurant owner Clay Caldwell brings his love of food and people to Loveland’s core by offering three different restaurants, each with its own story and vibe.

“I’m passionate about the value of a downtown,” said Caldwell, who is known as “Chef Clay” and is chef/owner of Mo’Betta Hospitality Group, the marketing arm of his restaurant concepts. “I know that the best way to revitalize an area is to bring in food and entertainment. That brings in the customer base for quality boutiques and support services to come in and layer on top of that. It gives rooftops a reason to be involved in the downtown area.” 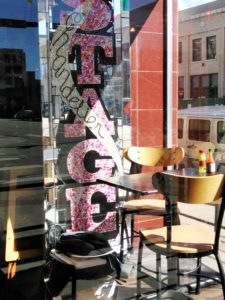 In 2013, Caldwell opened Mo’Betta Gumbo, a New Orleans-style restaurant, at 141 E. Fourth St. shortly after moving to Loveland from Fort Worth, Texas. More recently, he became interested in opening additional restaurants that include the Loveland TapHouse at 237 E. Fourth St., which he opened in mid-February, and Miss Daisy’s BBQ & Blues at Fifth Street and Cleveland Avenue, scheduled to open at the end of May. He plans to open a fourth restaurant, also in downtown, and is working on a location. 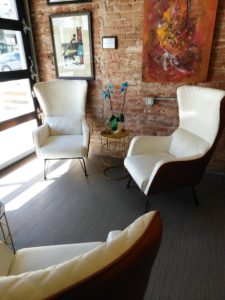 A Benton, Ark., native, Caldwell decided to go into the restaurant business after growing up around food. His mother and grandmothers were great cooks and big entertainers, showing hospitality whenever they had visitors, he said.

“We use food as a way to communicate in the south,” Caldwell said. “No matter where you’re from in life, sitting down and sharing a meal is basic.”

Caldwell began his career by earning a culinary arts degree from the Culinary Institute of America in High Park, NY, in 1990. He built up his experience over the next 28 years, working in American grills, seafood houses and other restaurants across the U.S., including the Ritz-Carlton, the Big 4 Restaurant Group and the Princess Resorts, before opening Mo’Betta. He wanted a location that represents “small town America,” while also showing the potential for growth.

“Loveland was perfection for us,” Caldwell said about his wife, Tina, and their daughter, Zoë. “It’s small. It’s relaxed. … But it had a lot of voids downtown. I felt like over the years, I could help fill those, so I could give back to the community as much as they gave me.”

As he helped fill those voids, Caldwell decided to tell a story with each of his restaurants, starting with the story of his family at Mo’Betta.

“Anything that I do concept-wise will have a story. It will be exciting. It will be a hospitality-driven experience with quality food, a place where people go to have fun,” Caldwell said.

The décor at Mo’Betta is high energy with murals of the French corridor, Mardi Gras masks, chandeliers and beads everywhere, offering up a gaudy, shabby chic look with blues music playing in the background. The food, featuring Cajun Creole and soul and low-country foods, is cooked from scratch in small batches for freshness and quality.

“We tell the story of my family growing up in the south. Even though we weren’t part of the Cajun Creole culture, we were part of the food,” Caldwell said. “These are recipes from my family table.”

Caldwell tells another story at Loveland TapHouse of Colorado about the progression of beer, wine and spirits. The taphouse has 32 taps and beer, wine and custom cocktails, all Colorado products, along with light fair served in an ultra-modern, sit-down bar with a garage door opening onto a patio. 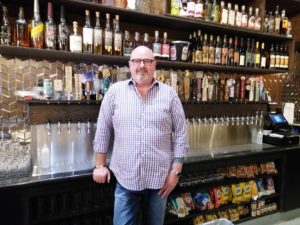 “I wanted a place where I could go personally and have quality cocktails or whiskey in a nice crystal glass, sit on nice furniture that’s comfortable and be treated well with artwork around,” Caldwell said, adding that much of the artwork comes from his home. “It’s relaxed and high quality without being pretentious.”

“This is the story of my partner growing up in the south,” Caldwell said. “His mother is Miss Daisy. She’s a petite little church lady who raised a group of boys, all sports-oriented, all great quality people,” Caldwell said.

Miss Daisy’s will combine Memphis-style barbecue with live blues music, bringing in national and Front Range acts. The sauces will be house-made, and the barbecue will feature brisket, pulled pork, pork belly and turkey.

“It’s going to be incredible,” Caldwell said. “Mike has a big personality, and he loves people.”

Caldwell is a member of the Downtown Development Authority board, the Loveland Chamber of Commerce and the board for the Colorado Restaurant Association.

Apologies, but there are no posts to display.